‘Days of Wine and Roses’ and ‘Crime in the Streets’ 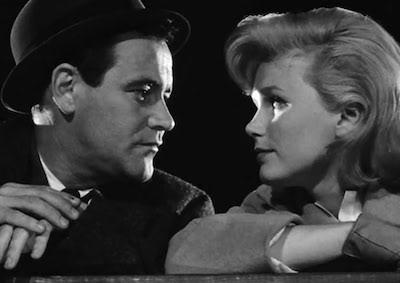 Days of Wine and Roses (1962)
Directed by Blake Edwards

Originally produced as an episode of Playhouse 90, the acclaimed feature adaptation of J.P. Miller’s haunting love story concerning a young couple devastated by alcoholism marks an early dramatic role for comedic star Jack Lemmon. Test audiences for the film, expecting lighter fare due to the top billing of Lemmon, reportedly walked out of preview screenings due to the grim, realistic nature of the work. Lemmon, along with co-star Lee Remick would both go on to to be nominated for Academy Awards for their harrowing performances. Equally memorable is the title track by composer Henry Mancini and lyricist Johnny Mercer, which was awarded the Oscar for Best Original Song in 1963.

Crime in the Streets (1956)
Directed by Don Siegel

Reginald Rose’s feature adaptation of his teleplay for the live anthology series The Elgin Hour carried over two notable cast members from the TV version, stars John Cassavetes and Mark Rydell. Rose’s social drama foregrounds its young ensemble, including Sal Mineo, in an attempt to forgo exploitation trends of the day to realistically examine issues of juvenile delinquency and gang violence from the view of the street. Director Don Siegel, hot off of his of his landmark classic Invasion of the Body Snatchers (1956), imbues the low-budget urban tale (originally staged on TV by Sidney Lumet) with trademark grit and intensity.