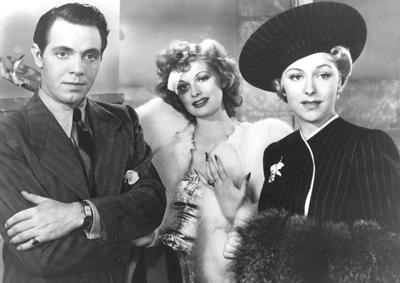 Lucille Ball and Maureen O’Hara star as Bubbles and Judy, respectively a would-be burlesque dancer on the rise and a would-be classical dancer going nowhere fast. Joining forces, with Judy’s “respectable” performance meant to increase overheated male demand for Bubbles, the two women are simultaneously aligned and at odds, in one of director Dorothy Arzner’s most complicated and thrilling depictions of women pushed to the brink.

Jaded nightclub singer Anni (Joan Crawford) in Trieste meets an eccentric count who rashly gifts her with a trip to a resort in the Alps and plenty of money to spend. Cloaking her true identity, Anni witnesses the virtues of rural life (as presented by charming local postman Franchot Tone), and experiences the vertiginous unease and dubious rewards of social-climbing.