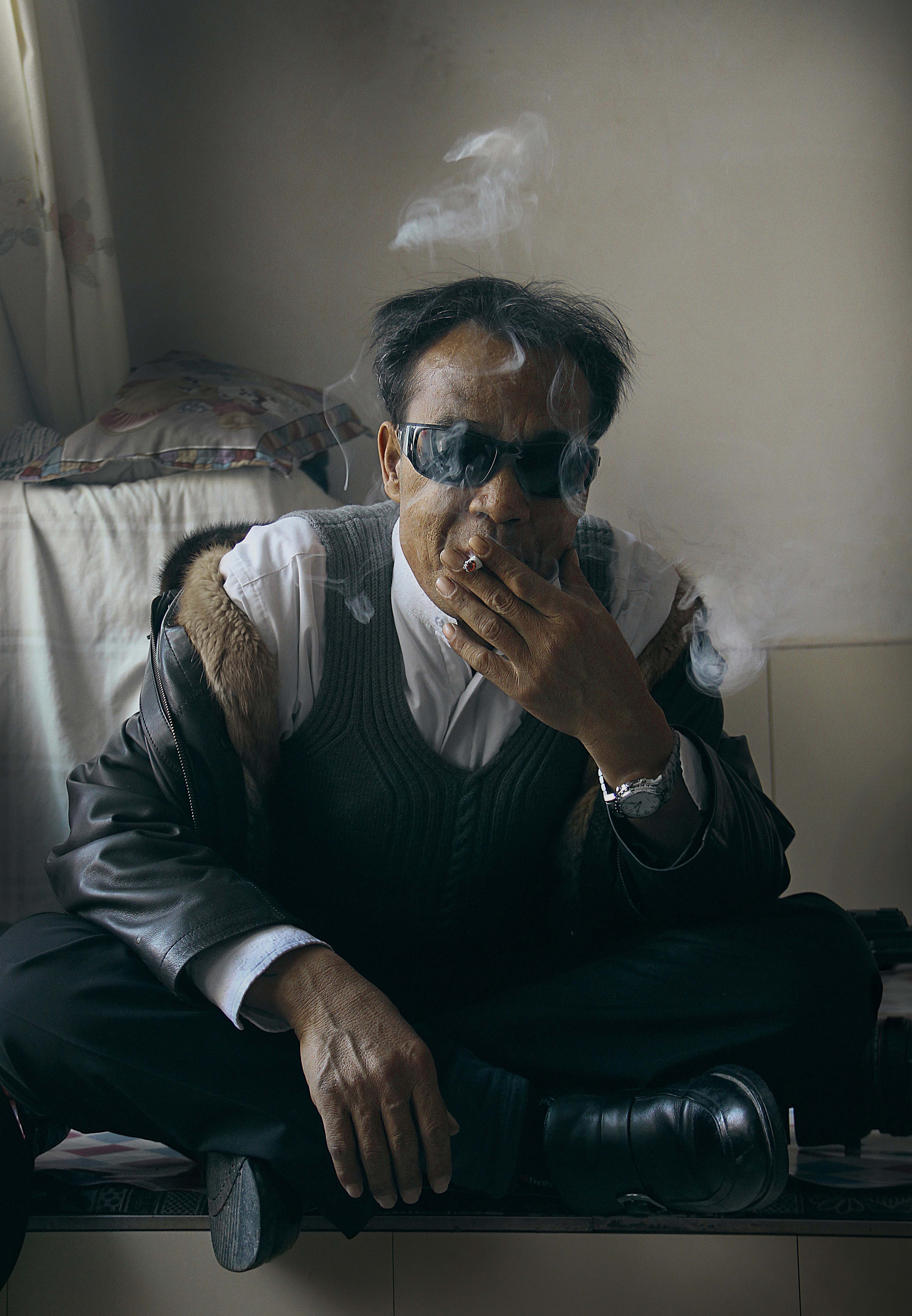 Cut Out the Eyes / Wa yanjing (China, 2014)
Directed by Xu Tong.
Xu Tong’s documentary presents a vibrant portrait of folk and popular culture in Inner Mongolia. Er Housheng is an itinerant performer, presenting boisterous, musically-infused epic poems recounting his life’s travails. A survivor of many hardships (the title provides a hint), he is a folk hero to rural audiences who respond heartily to his balls-out attitude and his sung summations of universal human foibles.

Followed by:
Alao’s Village / A’lao de cunzhuang (China, 2013)
Directed by Li Youjie.
Returning to the village where he grew up, a young man probes the gap between his memories of the place he knew as a child, and the realities of the community he returns to. As Alao films his grandmother, parents and fellow villagers, he constructs a bittersweet personal memoir of childhood and loss in this lyrical documentary.