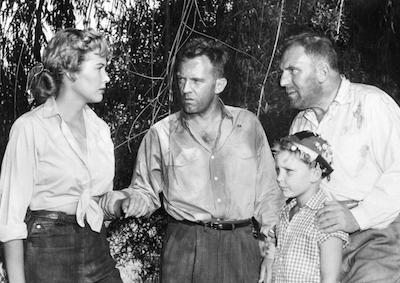 Before leaving the U.S. for his period of exile, director Cy Endfield sold a screenplay to producer Hal E. Chester, which became this feature about a prison breakout and its disastrous aftermath. Blacklisted, Endfield received no screen credit, though Crashout (1955) remains a fascinating part of his legacy, including such emblematic markers as a scene of card tricks (Endfield was an expert magician) and the presence of a character named “Cy Endaby.”

The clash of nobility and mob hysteria gets one more rehearsal in this fascinating, low-budget thriller. An explosives expert, embittered by the loss of his young daughter, reveals on an international flight that he has placed a bomb on the plane, setting up a series of fraught negotiations. The film offers a fascinating consideration of human despair and decency under intense pressure.