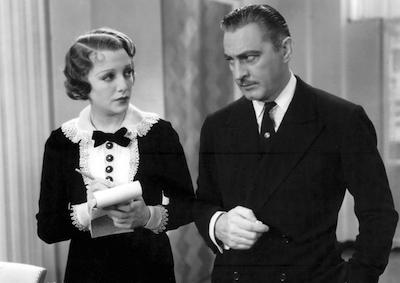 Lillian Roth swings “Ain’t She Sweet” with a menagerie of rambunctious critters at a barn dance.

Playwright Elmer Rice, who trained as a lawyer, adapted his own stage hit to the screen with William Wyler directing a powerhouse performance from John Barrymore as George Simon, an up-by-his-bootstraps celebrity attorney who finds his entire career jeopardized when a soft-hearted mistake from the past catches up with him. A dizzying cast of characters—wised-up secretaries, an unrepentant radical, high society matrons on the make—whizz in and out of Simon’s Manhattan skyrise office in a hilarious tour de force that never breaks pace until Rice and Wyler steer the whole shebang into a dark moment of reckoning for Simon that feels all the more earned and honest for the laughs that came before.