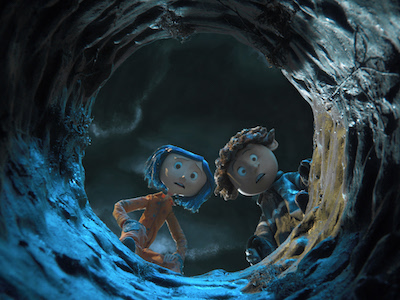 The feisty and adventurous 11-year-old Coraline Jones is annoyed by her family’s recent move to Oregon — until she finds a door in her new house that leads to an alternate version of her life. She’s spoiled by her new mom and dad, but when her visit becomes dangerous she must use her wits and bravery to get back home and save her family. Based on Neil Gaiman’s novel of the same name, the mesmerizing Coraline is lovingly crafted by stopmotion artist Henry Selick.