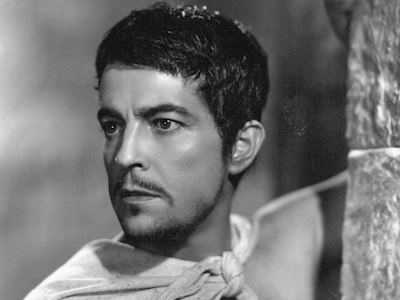 In 1935, former Hollywood silent film star Ramón Novarro (of Durango, Mexico) joined the ranks of adventurous Spanish-speaking, risk-taking producers by writing, directing and producing through his R.N.S. Productions this romantic comedy set in Los Angeles. The film, shot in collaboration with members of his extensive family—brothers Antonio (assistant director) and Eduardo Samaniego (art director), sister Carmen Samaniego (actress), and uncle Ramón Guerrero (actor) — centers on the romance of the rich Rosalía (Luana Alcañiz) and the poor Alberto, a swimmer played by real life Argentinian swimmer José A. Caraballo, who, like the character in the film, had competed in the 1932 Los Angeles Summer Olympic Games. Per film historian Anthony Slide, the first reel of the film is missing to this day. It featured Novarro introducing himself to the audience and thanking his mentor, filmmaker Rex Ingram.

Having achieved Hollywood glory and following his rupture with MGM, actor Ramón Novarro returned to his native country to play the role of the indigenous Juan Diego Cuauhtlatoatzin, witness to the apparition of Our Lady of Guadalupe, patron saint of Mexico. This super production navigates the history of Mexico starting in 1531 with the insurrection of Aztec Prince Xiunel (Felipe Montoya) against the settlers of the Spanish Crown, on to the influence of a Catholic priest (Domingo Soler) on an impressionable Juan Diego (Novarro), and the nation’s fight for freedom led by Father Hidalgo (Julio Villareal), in 1810. Written by former Cristero War exile to the U.S, René Capistrán Garza, and featuring a roster of the nation’s best actors, the film would be Novarro’s first and only Mexican film credit, in contrast to the meteoric transition to the Mexican screen of his cousin, actress Dolores del Río.