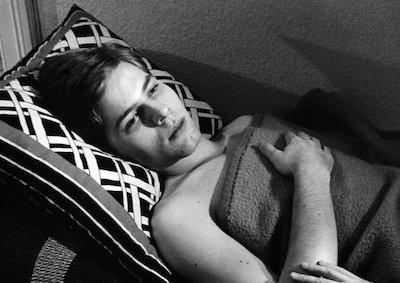 Straub-Huillet’s brilliant distillation of Franz Kafka’s incomplete first novel America is perhaps the most authentically German treatment of Kafka ever made. An ecstatic and haunted fever dream of the United States — the place where Kafka longed to disappear, if only in his imagination — Amerika is told from the perspective of a young German immigrant who encounters a strange new world, with its violent lies and quixotic optimism, like a modern-day Parsifal. Straub and Huillet took pains to render the German mannerisms and dialect of Kafka’s novel faithfully, and shot their film almost entirely in the port city of Hamburg. But their depiction of injustice and exploitation transcends historical specificity; as Straub said in 1984, “Kafka, for us, is the only major poet of industrial civilization, I mean, a civilization where people depend on their work to survive.”