City of Jade and Ice Poison 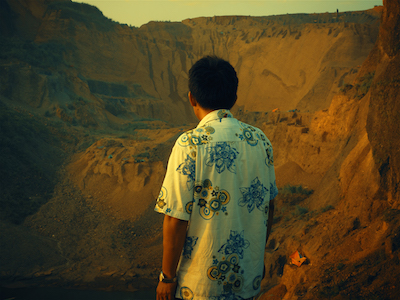 The Archive is proud to present a double feature by border-crossing filmmaker Midi Z. A native of Myanmar/Burma, Midi Z is based in Taiwan but continues to shoot films in his home country, often tackling risky topics like drug smuggling, official corruption, civil war and migrant laborers. In City of Jade, Midi Z blends his slow, observational documentary style with an intimate, soul baring personal quest to understand his own brother. Like so many others, Midi Z’s brother risked his life again and again in the jade mines of war torn northern Myanmar, a semi-lawless maze of drugs and dreams.

In an impoverished corner of Myanmar, a young ethnic Chinese farmer decides to try a new line of work: scooter taxi driver. He offers the family cow as collateral for an old scooter. At the bus station he meets a young woman who eventually offers him a lucrative deal to drive her around while she delivers illegal drugs. Along the way they become entangled in the twin addictions of drugs and money. Beyond its modest, realistic visual style, Midi Z’s cautionary tale is steeped in striking symbolism, from the cow that begins and ends the film’s crushing cycle of economics, to the crystal meth or “ice poison” of the film’s title, to the protagonist’s final, fiery frenzy.