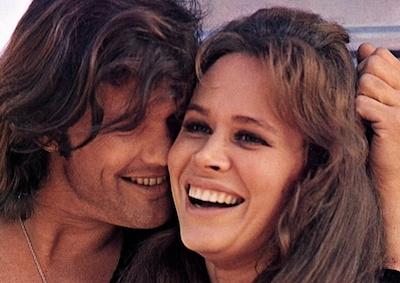 Program present Opening Wednesday: The Shadow Cinema of the 1970s

As the free-love Sixties rolled into the post-hippie Seventies, singer-songwriter Kris Kristofferson’s rising star combined the twang of country with the glam of Hollywood for one of the most successful music-to-movie transitions of any cowboy crooner to date. Here in his first leading role, alongside Gene Hackman’s manic, corrupt cop and Karen Black’s half-naked hippie burnout, Kristofferson’s down-on-his-luck Cisco navigates a “street-level view of Los Angeles” from the sidewalks of Venice Beach for a pessimistic, realistic chronicle of American culture in full collapse — think Inherent Vice without the hindsight of nostalgia, set to tunes by our star, the helmer of “Me and Bobby McGee.”

If few of the decade’s filmmakers dealt so explicitly in glossy-lensed nostalgia as did Floyd Mutrux, then even fewer could understand the history of place as Mutrux could conceive of Los Angeles (his earlier Dusty and Sweets McGee, 1971) similarly roams the city’s endless streets). Time-hopping from memories of 1940s Hollywood to the pool halls of 1970s L.A., affecting music cues from Elton John, Stevie Wonder, and Emerson, Lake and Palmer pulse through the stereo of Bobby’s ’68 Camaro in this romantic fugitive road drama. Shot for just $60,000, the film was a box office smash and one of the most financially successful films of the summer of ’75.