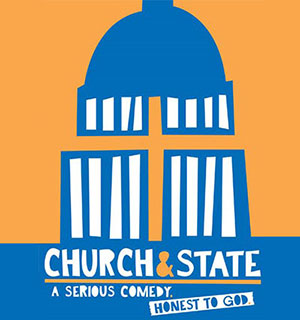 To commemorate the one-year anniversary of the Parkland, Florida shooting at Marjory Stoneman Douglas High School, the Department of Theater at the UCLA School of Theater, Film and Television and NewYorkRep present one of a nationwide series of staged readings of the award-winning, Off-Broadway play Church & State. Written by Jason Odell Williams, Church & State tells the story of a gun-loving senator running for re-election. He examines his position on the Second Amendment following a shooting at his children’s school. The play explores how religion, guns and social media influence our political system.

NewYorkRep is partnering with The Brady Center to Prevent Gun Violence, which is providing speakers to lead talk-backs following performances at some locations, including UCLA TFT. Speakers include Loren Lieb, board chair of Women Against Violence LA; Brady Center program manager Stephen Lindly; and Brian Malte, executive director of the Hope & Heal Fund.