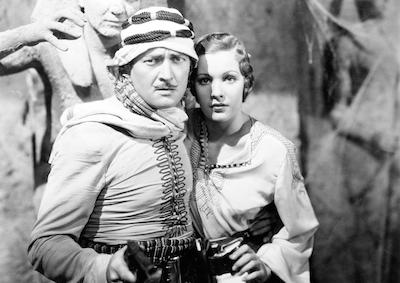 Chandu on the Magic Island (1934)
Directed by Ray Taylor

A cult of cat worshippers lure the Egyptian princess Nadji to the faraway island of Lemuria, where they intend to sacrifice her in a ceremony to resurrect their leader. Chandu (this time played by Bela Lugosi), races to her rescue, pitting his yogic powers against the black magic of the cult’s high priest in a dramatic supernatural duel.