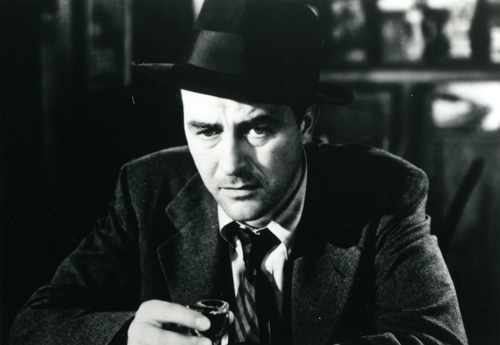 In a career in Hollywood spanning more than three decades, from the silent era to the rise of television to entertainment pre-eminence, screenwriter, producer and novelist Charles Brackett provided literary material for 40-plus feature films, and for directors as varied as Robert Z. Leonard, Mitchell Leisen and Cecil B. DeMille. His numerous collaborations with writer-director Billy Wilder are legendary, and we are pleased to present these two Brackett-Wilder collaborations on the occasion of the publication of Anthony Slide’s “It’s the Pictures That Got Small”: Charles Brackett on Billy Wilder and Hollywood’s Golden Age. Mr. Slide will sign copies of his new book beginning at 6 p.m.

This highly original, emotionally wrenching picture depicts a man’s grueling, weekend-long crawl from drink to drink as he also attempts to write a novel about his own alcoholism. Family, friends and potential lovers endure Don Birnam’s binging and lying, and when he winds up hospitalized, his withdrawals are a greater horror than he has yet known. By far the tour-de-force of Ray Milland’s acting career, the film rode the cutting edge of attitudes toward the disease of alcoholism.

Followed by:
Five Graves to Cairo (1943)
Directed by Billy Wilder.

John Bramble, member of a tank crew in a British Army installation in Egypt during World War II, survives a devastating German attack, barely escaping the scene alive. Seeking refuge in an Egyptian hotel, he learns that Germany’s General Rommel is stationed there. Disguising himself as a hotel waiter and German sympathizer, Bramble plots sabotage and the murder of Rommel, working to maintain the trust of the Egyptian hotelier and a French chambermaid in this gripping wartime drama.