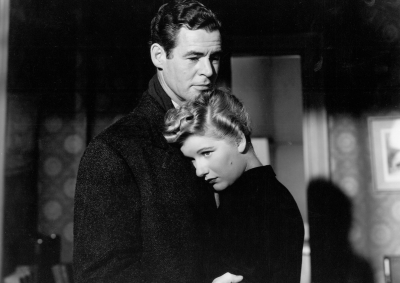 After her fairytale marriage, Leonore Eames (Barabra Bel Geddes) is caught in an abusive relationship with her millionaire husband (Robert Ryan). When she meets a young doctor working in a health clinic for the poor, she sees a way out, but her husband is not ready to give her up. Director Max Ophuls’ romanticism here turns to film noir-ish morning after regrets, while creating a film à clef about the abusive head of RKO, Howard Hughes.

Followed by:
The Locket (1946)
Directed by John Brahm.

Falsely accused of stealing a locket as a child, Nancy Monks (Laraine Day) becomes an adult kleptomaniac, pathological liar, serial wife with multiple husbands, and murderess, all the while playing the beautiful innocent. Told in a series of flashbacks and flashbacks within flashbacks, director John Brahm dissects the complex psychology of its central character through conflicting subjective narratives, while his claustrophobic sets and high key lighting create an atmosphere of dread.