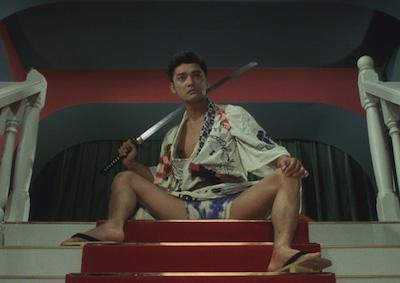 In this surreal comic confection, a traditional naniwa-bushi singer moves to Prohibition-era San Francisco. He goes in search of Al Capone, whom he mistakenly believes is president, hoping to impress the gangster with his singing and popularize the art form in the States. Filmed mostly in an abandoned amusement park in Japan, director Seijun Suzuki’s vision of 1920s America is an anarchic collage of pop culture images, from cowboys to Charlie Chaplin. One reason Capone is so rarely seen is that it reflects the racial attitudes of the time in which it is set by including, for example, a minstrel band in blackface. Such discomfiting images are balanced by scenes featuring an actual African American jazz ensemble that joins the film’s hero in jam sessions mixing blues, jazz and naniwa-bushi.