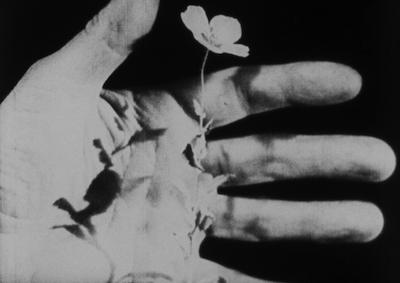 Program Three is named after Michael Wallin’s found-footage masterpiece, “a profoundly moving, allegorical search for identity from the documents of collective memory” (Manohla Dargis). The program begins with Duo Concertantes, a classic animation by one of Canyon’s earliest filmmakers, Lawrence Jordan, and Billabong, an underappreciated impressionistic documentary of a boys’ youth camp by another key Canyon figure, Will Hindle. Tom Palazzolo’s 1973 film, Love It/Leave It?, offers a portrait of the USA that feels particularly relevant to our current political moment. Other works include Lie Back & Enjoy It, JoAnn Elam’s lucid examination of the representation of women in film; artist and filmmaker Cauleen Smith’s 1992 Chronicles of a Lying Spirit (by Kelly Gabron), an “exploration of the implications of the mediation of Black history by film, television, magazines and newspapers” (Scott MacDonald); and Naomi Uman’s classic 1999 found-footage film Removed, which deploys nail polish, bleach and 1970s pornography to fashion a film where the female figure exists only as an empty, animated space.