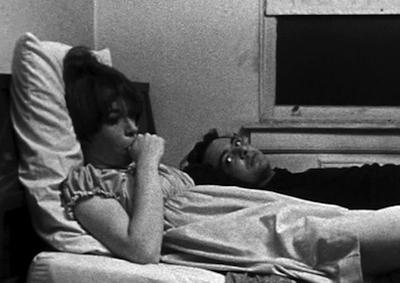 Brandy in the Wilderness (1969)
Directed by Stanton Kaye.

Stanton Kaye’s 1969 feature confirmed a prodigious filmmaking talent, and chronicled and embodied an anarchic spirit abroad in the American independent filmmaking scene of the 1960s. Documenting the relationship of a young filmmaker and his producing partner and sometimes lover (the titular Brandy), the film criss-crosses geographic, formal and conceptual boundaries in an evocation of the spiritual lengths to which the quest for artistic freedom may lead.