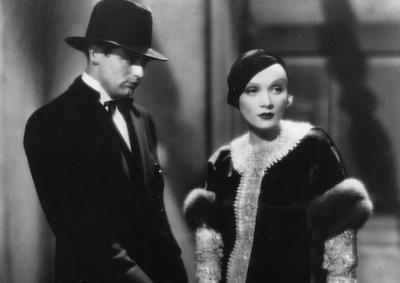 Marlene Dietrich portrays a former cabaret singer, forced to return to work to support her husband’s desperately needed medical treatments. Famed as the “Blonde Venus” of nightclub life (and not incidentally, photographed to shimmering perfection in astounding performances), she nonetheless becomes the mistress of a wealthy man, all for the sake of the husband who comes to despise her, forcing her to decide where she really belongs.

Followed by:
The Love Parade (1930)
Directed by Ernst Lubitsch

Director Ernst Lubitsch believed music was the basis for all the arts, so naturally his first talkie was a musical. This whimsical love story between a queen and her consort became a significant cinematic milestone, as Lubitsch crossed the European operetta and the American revue, combining satirical lyrics with flowing melodies. The film was Maurice Chevalier’s first American success in America, and Jeannette MacDonald’s film debut.