There’s Always a Woman and The King and the Chorus 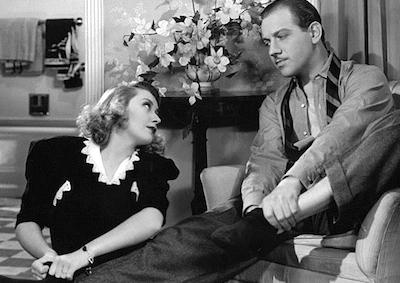 On loan to Columbia, Joan Blondell had a chance to stretch her talents beyond the typecasting she faced at Warner Bros. In the first of a series of comedies she made for the studio after leaving Warner the next year, she shines in this Thin Man-style comedy mystery as the wife of a D.A. investigator who turns amateur sleuth.

The King and the Chorus Girl (1937), directed by Mervyn LeRoy

Joan Blondell later described her turn here as an American chorus girl in Paris who attracts the attention of a deposed, despondent monarch (Fernand Gravey) as her favorite role. Critics at the time certainly felt it was one of her best with one reviewer noting she came across with the “subdued finesse of a Lubitsch heroine.”