Dames and I’ve Got Your Number 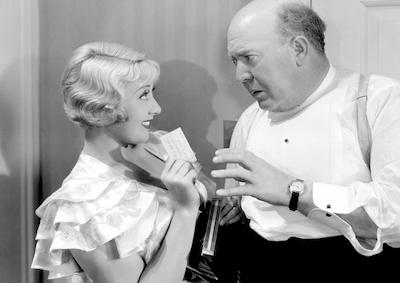 Joan Blondell’s image as the era’s most sensational gold digging showgirl crystallized with a series of Warner Bros. musicals that also starred Dick Powell (Blondell’s second husband) and Ruby Keeler with choreography by Busby Berkeley. An unofficial entry in the “Gold Digger” series, Dames reprises the formula while giving Blondell more space to display her comic skills and even a charming song and dance number, “The Girl at the Ironing Board.”

Joan Blondell may have been best known as America’s favorite gold digger but some of her best performances are as women working more mundane jobs who nevertheless find themselves caught up in scandal. Here, Pat O’Brien’s alpha telephone repairman is here responsible for making Blondell’s operator the subject of the headline “DA Nabs Blonde in 90K Racket.” Their verbal sparring, as he tries to clear her name, is classic pre-Code banter.