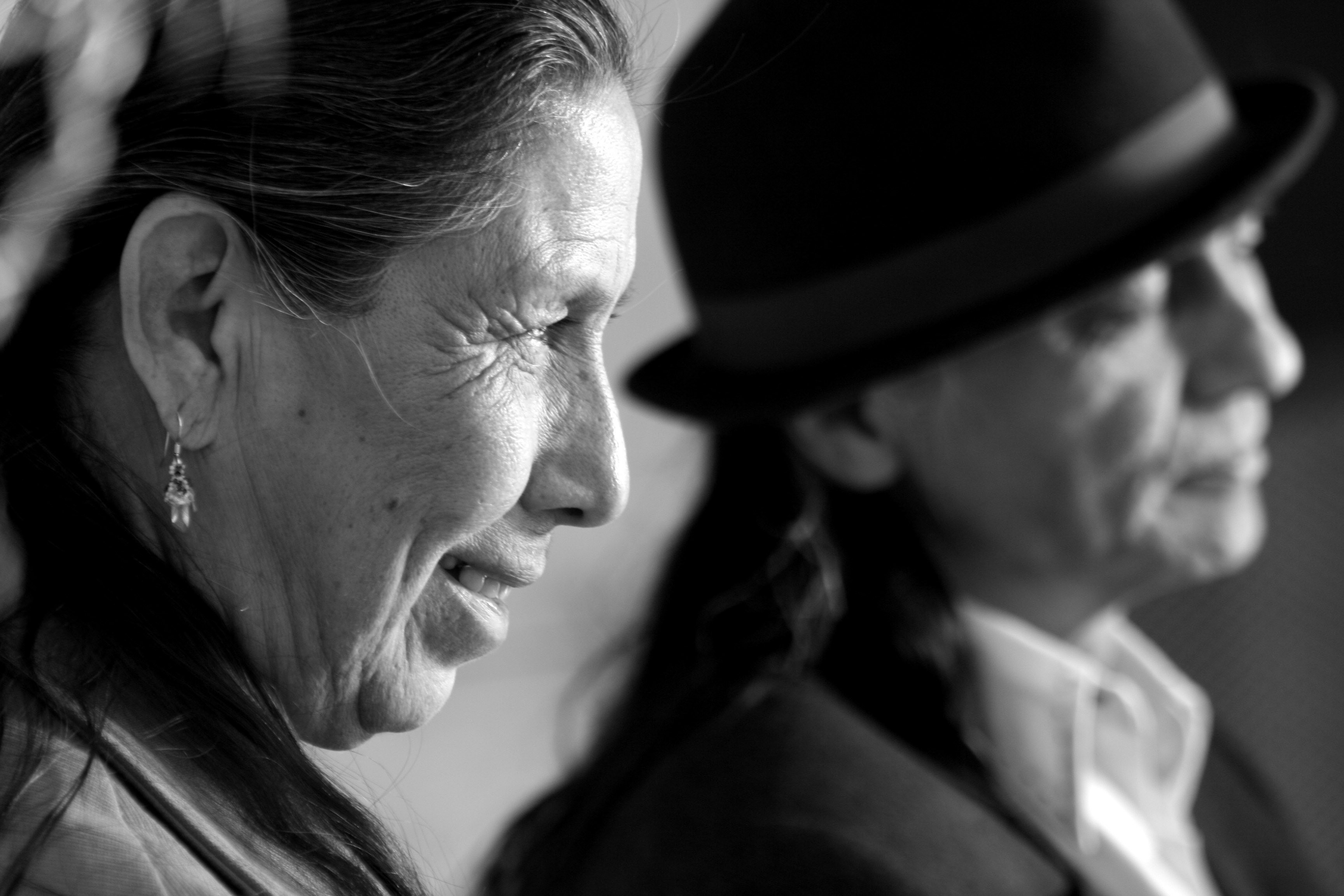 Directed by Sterlin Harjo (Seminole/Creek).
Frankie, a Native American man with terminal cancer, enlists his former girlfriend, Irene, for a road trip across Oklahoma to see his estranged daughter and grandson. As they travel from one set of friends and relatives to another, their reminiscences make them keenly aware of the passing of traditional Indian ways of life. But director Sterlin Harjo’s film rarely sinks into sentimentality; rather, it’s a clear-eyed elegy characterized by melancholic acceptance.

Followed by:
Johnny Tootall (Canada, 2005)
Directed by Shirley Cheechoo (Cree).
Haunted by his wartime experiences, Johnny Tootall returns home after serving a tour of duty in Bosnia and finds his estranged younger brother in the midst of a struggle to save their people’s sacred land. A brooding, poetic drama unfolds as Johnny grapples with his destiny and his obligations to the family and community he left behind.