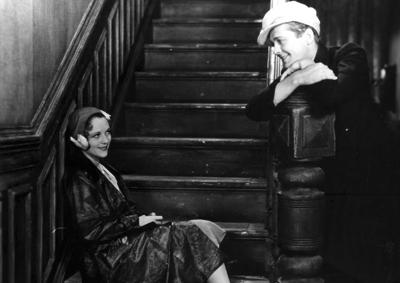 Director Frank Borzage earned his second Oscar for directing with this thoughtful Depression-era domestic drama. A young man and woman (James Dunn and Sally Eilers) meet, fall in love, and struggle to make a life for themselves in a New York tenement. The story is quintessential Borzage even as he edges his unqualified sympathy for the struggling couple with subtle social commentary.

In her final screen appearance Mary Pickford plays the daughter of a 19th century New England shipping magnate whisked away to California by Leslie Howard’s office clerk. From a fairytale opening to the brutalism of the frontier, director Frank Borzage strikes a number of registers in returning to Besier and Eddington’s play to chart love’s perseverance from first bloom to old age.