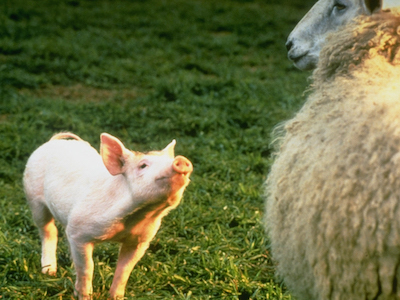 After the shy piglet Babe is won by farmer Arthur Hoggett at the county fair, he is adopted by the farmer’s border collie Fly and discovers he can be anything he wants to be — even an award-winning sheepdog! Surrounded by a colorful cast of barnyard friends, Babe fights to find his place in the world and avoid the dreaded “Pig Paradise” at all costs. With gorgeous settings and whimsical performances, this heroic pig’s adventure is an inventive film for the whole family.