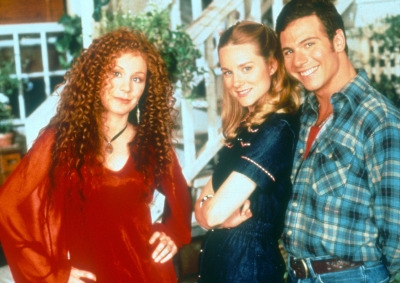 Armistead Maupin’s series of novels about the denizens of 1970s San Francisco, and of a charmed apartment complex there, have delighted readers since their initial serialization in the San Francisco Examiner, beginning in the mid-1970s. They formed a sort of valentine to the Bay Area, with its particular brand of pleasure-seeking and its unique sense of supportive community and imagination. When television adaptations of the first three novels (produced by Britain’s Channel 4) first appeared on American public television in 1994, the result was a bona fide public communications event, garnering PBS’ highest-ever ratings for a dramatic program, but drawing criticism over its frank depictions of sexuality and drug use, as well as calls for PBS to be defunded. Twenty years later these struggles seem almost ancient, but the “tales” themselves retain their original freshness, speaking to an optimism abroad in both the 1970s and the 1990s. We are pleased to celebrate this indispensable and influential legacy with a glimpse at the show’s first two episodes, and the participation of Armistead Maupin himself.