An Evening With Garrett Bradley 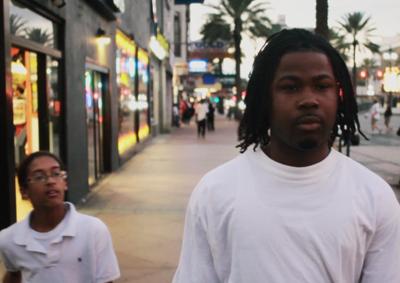 UCLA Film & Television Archive and the Department of Film, Television and Digital Media present “An Evening With Garrett Bradley.”

Since earning her MFA at the UCLA School of Theater, Film and Television (TFT) in 2012, writer-director Garrett Bradley has been based in New Orleans where she has developed a refreshing, impressionistic cinematic vocabulary attuned to the struggle of a younger generation to ground itself in an ever-changing, often hostile world. In her first two features, Below Dreams (2014) and Cover Me (2015), which premiered at the Tribeca and Rotterdam film festivals respectively, Bradley explores this struggle—as it is complicated by race, class and gender—through a nuanced sense of space and place. Through her kaleidoscopic vision—and an equally expressive use of sound—the storied New Orleans neighborhoods through which her characters move exist as both obstacle and inspiration, dead end and leaping off point. The Archive and TFT are pleased to host Bradley in person for a discussion of her recent work and future projects.

Special thanks to: William McDonald, Chair—Department of Film, Television and Digital Media.

Adapted from interviews she conducted with passengers she met on a Greyhound bus travelling from New York to New Orleans, director Garrett Bradley’s impressive feature debut follows three 20-somethings—an unemployed father, a single mom and a new arrival from New York—as they grapple with the challenges of adulthood as presented by their varied circumstances. Fusing the documentary and the subjective, Bradley deftly binds their complex inner lives to the life of a city itself in transition.

Part of joint project with artist Tameka Norris, Cover Me emerged from footage co-written and conceived by Garrett Bradley and Norris but subsequently deployed in different ways by each: Bradley as a feature film, Norris as a video installation. In Cover Me, Bradley layers a rich soundscape over episodic scenes from the daily life of an aspiring singer (Norris), alternating between long, wide takes and intense close-ups to craft a powerful, personal account of an artist in the city.