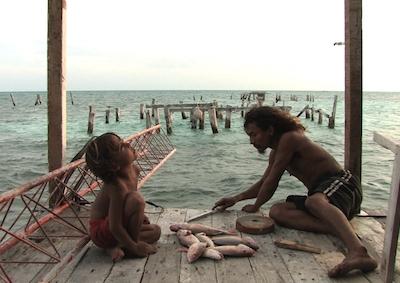 The pristine turquoise waters and undisturbed rugged beaches of Banco Chinchorro, the largest coral reef in Mexico, are the dazzling setting for a five-year-old boy’s once-in-a-lifetime adventure. Before Natan leaves for Italy to live with his mother, his fisherman father, Jorge, brings him to his native home on the reef where they bond with each other and nature in this wondrous, spellbinding semi-documentary.

35mm, color, in Spanish and Italian with English subtitles, 73 min.