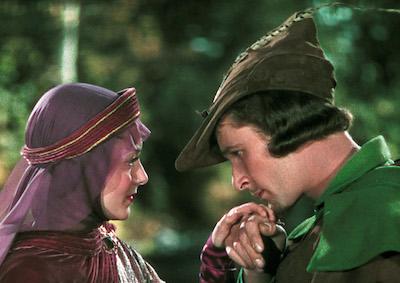 The Case of the Curious Bride (1935)
Directed by Michael Curtiz

Errol Flynn’s American film debut (in a pair of brief appearances) is a postscript to a rapidly paced Perry Mason mystery that is as amusing as it is clever. Warren William stars as a gastronomically inclined Mason who dines at Fisherman’s Wharf with his factotum Spudsy (Allen Jenkins) and coroner pal (Olin Howland), before attempting to unravel his discovery of a corpse (Flynn) while aiding a damsel in distress. Curtiz sets a breakneck pace of quick transitions and dissolves in the most entertaining of the six Warner Bros. Mason films adapted from Erle Stanley Gardner’s novels.

Print courtesy of the Library of Congress.