A Tribute to Feng Xiaogang: Youth 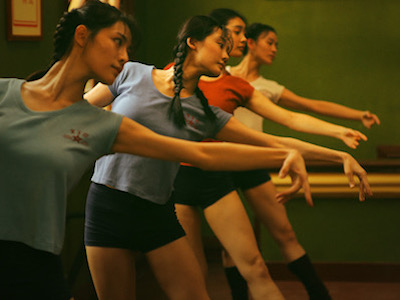 Director Feng Xiaogang has been blowing up the Chinese box office for over two decades ever since his first smash hit, the social comedy The Dream Factory (1997), virtually reinvented the Chinese New Year film genre. Since then Feng has criss-crossed genres—urban satires, historical epics, romances, action thrillers and war films—with populist alacrity. Frequently compared to Steven Spielberg not only for his longevity atop the Chinese film industry but also for the artier turn his films have taken of late, Feng works readily with American stars — Donald Sutherland (Big Shot’s Funeral, 2001), Adrien Brody and Tim Robbins (Back to 1942, 2012) — alongside his regular collaborators, including Chinese superstars Ge You (Cell Phone, 2003) and Zhang Hanyu (Assembly, 2007). The Archive is thrilled to host Feng in person for the Los Angeles premiere of his latest film Youth (2017) as part of a tribute honoring his artistry as China’s leading popular filmmaker.

Feng Xiaogang began his show business career as a stage designer for an army art troupe. His latest feature strikes an autobiographical note as it follows a group of dancers in the People’s Liberation Army from their idealistic youth in the 1960s, performing Cultural Revolution standards, to their post-Mao adulthood marked by the twin shocks of war with Vietnam and market liberalization. Feng’s roving camera weaves an affecting tapestry of individual lives and musical passion intersecting China’s own momentous transformations of the past four decades.