A Sword in the Hands of the Furious 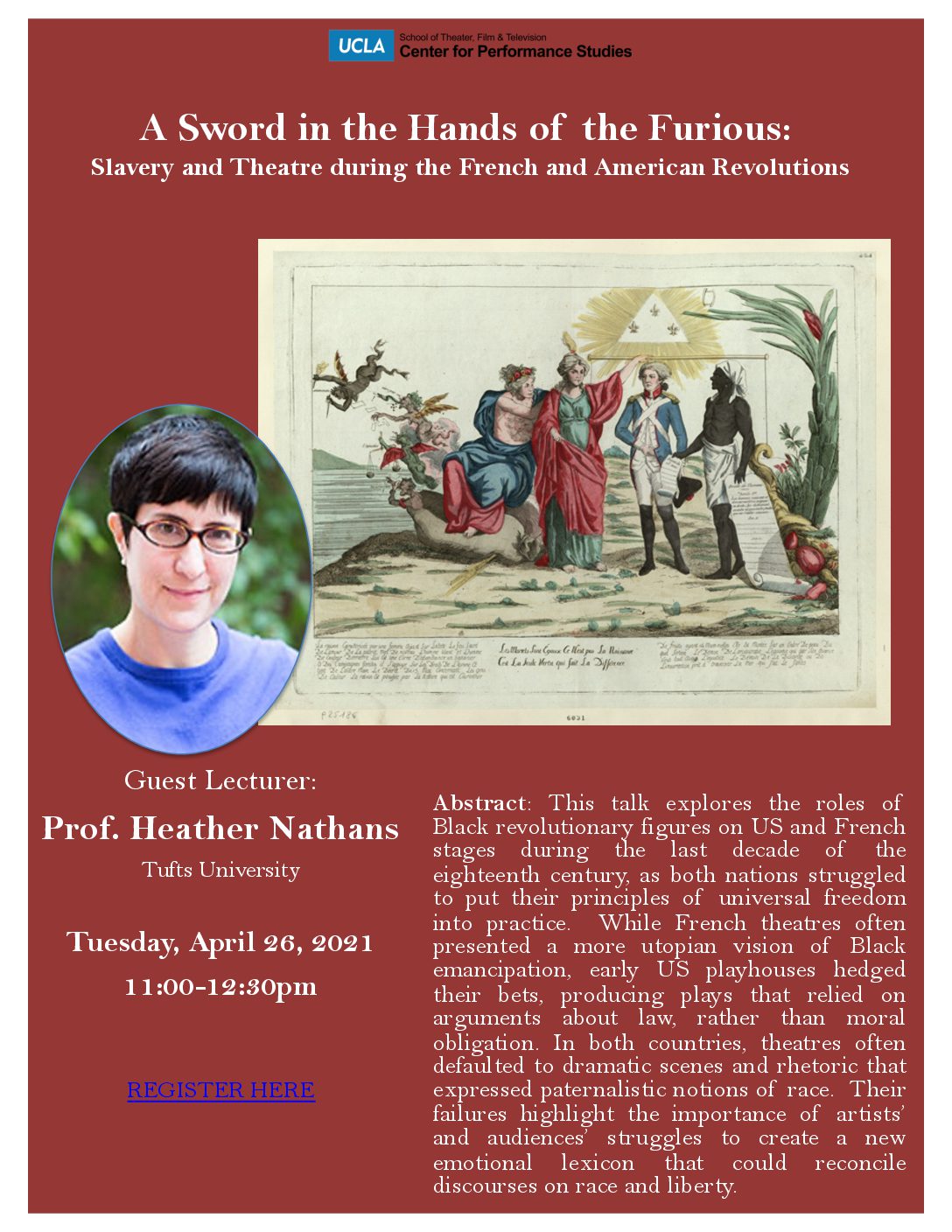 The Center for Performance Studies hosts guest lecturer Professor Heather Nathans from Tufts University as she presents “A Sword in the Hands of the Furious: Slavery and Theatre during the French and American Revolutions.”

Abstract: This talk explores the roles of Black revolutionary figures on U.S. and French stages during the last decade of the eighteenth century, as both nations struggled to put their principles of universal freedom into practice. While French theaters often presented a more utopian vision of Black emancipation, early U.S. playhouses hedged their bets, producing plays that relied on arguments about law, rather than moral obligation. In both countries, theaters often defaulted to dramatic scenes and rhetoric that expressed paternalistic notions of race. Their failures highlight the importance of artists’ and audiences’ struggles to create a new emotional lexicon that could reconcile discourses on race and liberty.