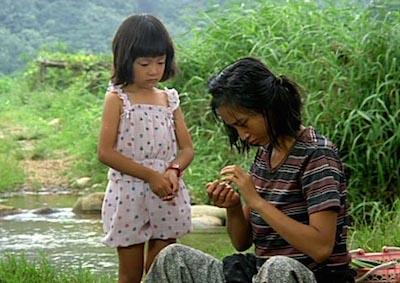 A Summer and Grandpa’s (Taiwan, 1984)
Directed by Hou Hsiao-hsien.

Sent to their grandfather’s home in the countryside as their ailing mother languishes in a Taipei hospital, two kids experience a sunny summer laced with hints of disillusionment. Witnessing troubling scenes between the adults in this bucolic setting, they seem to glimpse a chilling hint of their own futures. Director Hou Hsiao-hsien exquisitely handles the children’s vantage point, and delicately toggles between the film’s light and dark notes.

In Hokkien, Taiwanese and Mandarin with English subtitles, 98 min.

Followed by:
Daughter of the Nile (Taiwan, 1987)
Directed by Hou Hsiao-hsien.

Following a series of coming-of-age dramas, with this little-seen feature director Hou Hsiao-hsien widened his canvas to accommodate a contemporary social context. A young woman struggles to maintain balance and cohesion between her father and brother (a cop and a petty criminal) while maintaining a fast-food job and attending night school. Her escape comes with manga comics, whose outlandish fantasy scenes are outstripped by Taiwan’s own economic and social churn.

In Mandarin with English subtitles, 93 min.