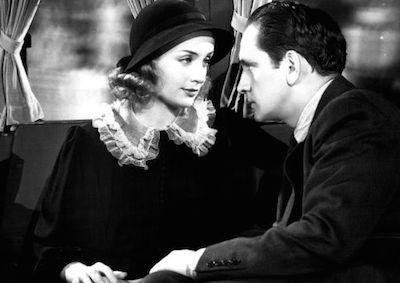 The Academy Award for Best Original Story went to director William A. Wellman for this epic tale of an actress’ rise to the top. Janet Gaynor shines as the naive young actress helped to success by her famous actor husband, Norman Mayne (Fredric March), whose career fades even as hers ascends. Wellman’s personal experience as an assistant director and actor when he was starting out sharpens the insider’s wit and insight that keep the melodrama from sliding into sentiment. Critics praised the use of Technicolor for serving story and mood, rather than working as a distraction.

Followed by:
Nothing Sacred (1937)
Directed by William A. Wellman.

The word “cynical” describes any William A. Wellman comedy, but none more than this satire, written by that most biting of scenarists, Ben Hecht. As modern mass culture hits its stride, the press gains more and more power (while using it less and less judiciously). To wit, scamming reporter March chances upon a public relations gold mine when he meets a small-town beauty supposedly dying of radium poisoning. The press hype builds her into a national heroine, except the diagnosis is a little off. It’s screwball comedy on ice.