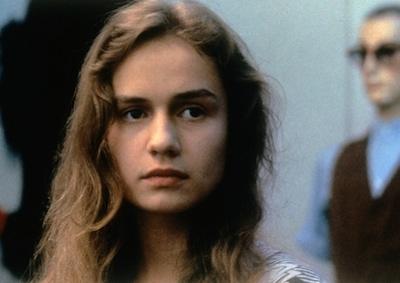 The incomparable Sandrine Bonnaire, in her first film, plays Suzanne, a 17-year-old driven by the power her impetuousness holds over others. In this, she is very like the film’s director. At home in Paris, Suzanne is the eye of the family storm, her sexuality ratcheting up the suppressed passions of her narcissistic brother and insecure mother, and sending her father (director Maurice Pialat) out of the house. Attuned to Bonnaire’s subtle signaling, the film simmers, then erupts.

Followed by:
The Mouth Agape (France, 1974)
Directed by Maurice Pialat.

A dutiful son (Philippe Léotard) takes his mother for radiation treatment in a Paris hospital; when she is pronounced incurable, he accompanies her back to her home in Auvergne and persuades his reluctant wife (Nathalie Baye) to join him. Director Maurice Pialat approaches the grim predictability of illness and death with the same unflinching, piercing gaze he brings to the chaos of relationships exploding with life, finding, there, amid seeming futility, the moments that actually sustain us.