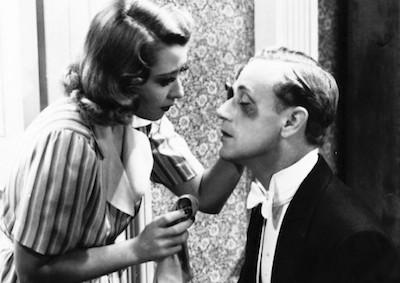 When a respected banker (Leslie Howard) is appointed head of a Hollywood film studio on the verge of insolvency, he learns the ropes of the company town from a former-child-star-turned-stand-in (Joan Blondell) who also has a thing or two to teach him about romance. A behind-the-scenes Hollywood comedy with a surprisingly liberal view of labor relations, Stand-In finds Blondell at her most naturally charming.