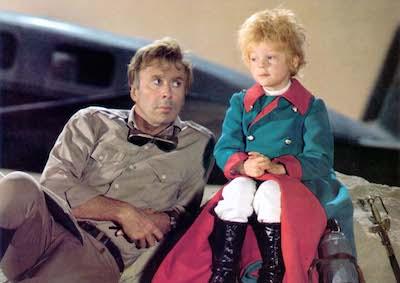 After his plane crashes in the desert, a pilot encounters a little boy whose wondrous tales of an interplanetary journey and the characters met along the way weave a gently wistful fairy tale of love and learning. A moving, musical adaptation of the beloved children’s novella, with memorable turns by Bob Fosse as the Snake and Gene Wilder as the Fox.