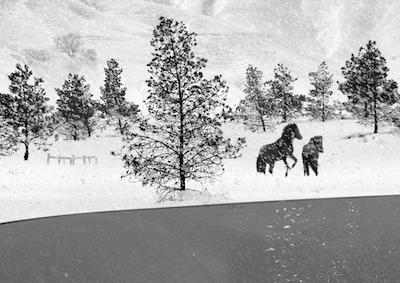 Note: 24 Frames is also screening on Saturday, May 12.

Director Abbas Kiarostami’s final film, completed after his death under the supervision of his son Ahmad, is structured as a series of two dozen, beautifully composed, black-and-white still images—the frames of the title—that Kiarostami brings to animated life. Wintry scenes predominate with animals—birds, cows, sheep, a cat—the only living presence found throughout. Captivating and curious, it invites meditation, on the nature of the moving image, the transformative power of art, and the legacy of a life spent deeply, movingly engaged with both.