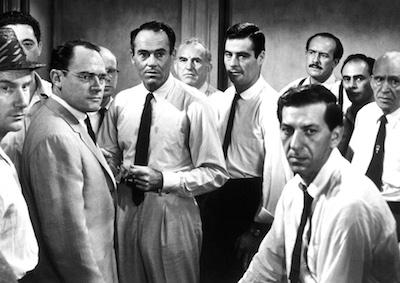 Originally produced as an episode of Studio One, the feature version of 12 Angry Men is arguably the most artistically successful big screen adaptation of a golden age of television live drama. Claustrophobic and wordy, the critically acclaimed film defies the concepts of cinema and spectacle to provide viewers with a completely riveting experience though the action is primarily confined to a one-room set. Reginald Rose’s universal drama foregrounds the basic tenets of human decency and compassion, as personified by the example of a single holdout juror (Henry Fonda) who refuses to take the fate of another human being lightly. Notions of civic duty, bigotry and groupthink are dissected and fought at close range, effectively placing viewers themselves in a seat on the jury.