Mk Haley teaches the Art and Process of Entertainment Design at UCLA TFT. She has been with The Walt Disney Company since 1994 serving primarily with Walt Disney Imagineering — which focuses on theme parks, cruise ships, resorts and some consumer products — in both technical and creative roles. She has worked with virtual reality teams, R&D, special FX, Show Quality Services, Disney Research and Academic Outreach.  Her projects across physical and digital media have included those that focused on redesigning obsolete special effects with newer more energy-efficient options; developing automated processes to replace labor intensive manual efforts; and developing virtual communities within the company’s television brands, among many others.

Haley has been an educator for more than 25 years. In addition to UCLA TFT, she has taught Themed Entertainment Design, Building Virtual Worlds and Experience Design at Carnegie Mellon University and Florida State University with cross collaboration between divisions and disciplines being a core tenet of her teaching philosophy. 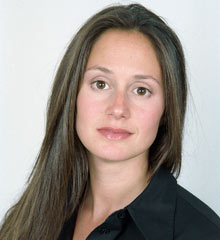 Dr. Mali Heled Kinberg has expertise in foreign film sales and distribution with more than 10 years of experience in the foreign side of the film business. After obtaining her M.A and B.A. at the University of Pennsylvania (summa cum laude, Phi Beta Kappa), Kinberg attended Cambridge University (St. John’s College) on a Thouron Fellowship where she completed a Ph.D. in English Literature with a dissertation on James Joyce and Virginia Woolf. She ran the international division at Mandate Pictures for six years, overseeing the sales, financing, delivery and foreign distribution of approximately 10-12 films per years, including box-office successes such as Juno and The Grudge. For the past five years, Kinberg has been EVP, head of international at Media Rights Capital (MRC) in Century City and has worked on such films as Seth McFarlane’s summer blockbuster TED, starring Mark Whalberg; Sacha Baron Cohen’s Bruno; George Nolfi’s The Adjustment Bureau, starring Matt Damon and Emily Blunt; and Neill Blomkamp's Elysium, starring Damon and Jodie Foster. 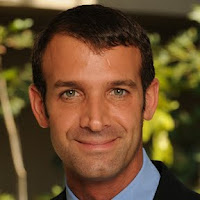