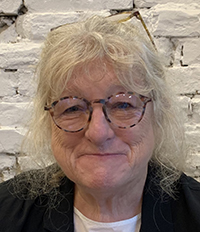 Jenny Beavan has earned a reputation for detailed and historically accurate work. The two-time Academy Award winner (1985’s A Room with a View and 2015’s Mad Max: Fury Road) has received 11 Oscar nominations, many for her frequent collaborations on Merchant Ivory costume dramas including The Remains of the Day, Howard’s End, Maurice and The Bostonians. After impressive work designing for theater and the opera, Beavan made her small screen debut in 1979 before segueing to film. In 1984, Beavan began her partnership with costume designer John Bright, an alliance that would lead to six Oscar nominations. Her many film credits include A Summer Story, White Fang, Impromptu, Swing Kids, Black Beauty, Jefferson in Paris, Ang Lee’s Sense and Sensibility, Ever After, Tea With Mussolini, Anna and the King, Gosford Park, Alexander, The Black Dahlia, Amazing Grace, Defiance, Sherlock Holmes and The King's Speech. 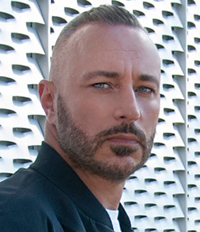 Massimo Cantini Parrini has been fascinated by the history of costume from an early age thanks to his maternal grandmother, a Florentine seamstress. With a collection of over 4,000 pieces spanning from 1630 to 1990, he is considered both a collector and scholar of antique clothes from around the world. This year, he received his second Oscar and CDG Awards nominations, and his first BAFTA, for Joe Wright's Cyrano, following last year's nominations for his work in Matteo Garrone’s Pinocchio. Cantini Parrini made his debut in costume design under Oscar winner Gabriella Pescucci. He is the only Italian costume designer to have been awarded three consecutive David di Donatello awards, winning between 2016-2018. He earned another in 2020. Other accolades include the Nastri d’Argento, Ciak d’oro and a European Film Award. In 2019, he was awarded the title of Honorary Academician by the Academy of Fine Arts of Florence. 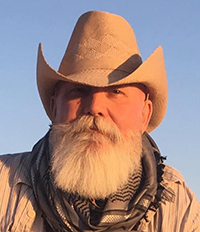 First-time Academy Award nominee and Costume Design Guild Award-winner Bob Morgan has amassed nearly 40 years of experience as a costume designer, assistant costume designer and costume supervisor. His many film and TV credits, in a range of genres, include Dune, with fellow Oscar nominee and longtime friend Jacqueline West; Maleficent: Mistress of Evil; Batman v Superman: Dawn of Justice; X-Men: Days of Future Past; Man of Steel; Crazy, Stupid, Love., Behind the Candelabra; Inception, Poseidon; Old School; Three Kings and From the Earth to the Moon. Morgan is also an experienced painter and artist whose work is represented by the Ren Gallery in Los Angeles and has been shown at the Art Basel in Miami Beach and at the LA Art Show. Before embarking on a career in the entertainment industry, Morgan was a clothing designer. He currently works and lives in Spain. 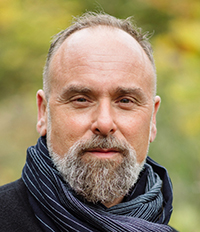 Luis Sequeira received his first Academy Award nomination in 2018 for the costume designs he created for Guillermo del Toro’s The Shape of Water and is nominated again this year for his work on del Toro’s crime drama Nightmare Alley. For The Shape of Water, he also received a BAFTA nomination and a Costume Design Guild Award. His costume design credits also include Carrie (2013); Mama, starring Jessica Chastain; and It Chapter Two. He also worked as an assistant costume designer on K-19: The Widowmaker, starring Harrison Ford; Mean Girls, starring Lindsay Lohan; Cinderella Man, starring Russell Crowe and Hollywoodland, starring Ben Affleck and Diane Lane. Before transitioning into film and television 36 years ago, Sequeira was a fashion industry designer and retail store owner. He most recently completed work on the Netflix anthology series Guillermo de Toro’s Cabinet of Curiosities. 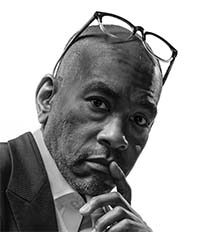 Paul Tazewell has been designing costumes for the stage and screen for more than 30 years. His work in Steven Spielberg’s West Side Story has garnered him his first Academy Award nomination. Other screen credits include Harriet, The Immortal Life of Henrietta Lacks, The Wiz Live! (for which he won an Emmy in 2016) and Jesus Christ Superstar Live in Concert. He began his Broadway career with the groundbreaking musical Bring in Da Noise, Bring in ‘Da Funk. Subsequent credits include the original Tony Award-winning Broadway productions of Hamilton; In the Heights; Ain’t Too Proud; Memphis and Elaine Stritch at Liberty, as well as Russell Simmons’ Def Poetry Jam on Broadway; Caroline, or Change; The Color Purple; Summer and MJ: The Musical, among others. Last year, he designed the costumes for the Met Opera's Fire Shut Up in My Bones, composed by Terence Blanchard, based on Charles M. Blow's best-selling memoir. 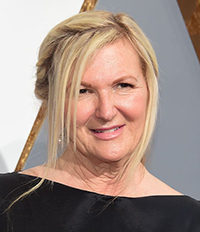 Jacqueline West has earned Academy Awards nominations for her work on Dune, The Revenant, The Curious Case of Benjamin Button and Quills. She is also the recipient of five Costume Design Guild Awards nominations and three BAFTA Awards nominations. From 1988 to 1997, West ran her own company and designed a nationally acclaimed line of clothing. Her first foray into film, as a creative consultant on Henry and June, was the start of a long relationship with award-winning director Phillip Kaufman. This led to future projects with filmmakers Terrence Malick, David Fincher (The Social Network), Alejandro González Iñárritu, Ben Affleck (Argo, Live by Night) and Denis Villeneuve (Dune). She has done six films with Malick: The New World, The Tree of Life, To the Wonder, Knight of Cups, Weightless and Song to Song. She recently designed Martin Scorsese’s Killers of the Flower Moon and is working on Dune: Part II. 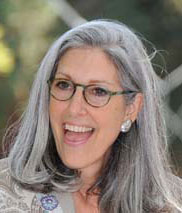 Distinguished Professor Deborah Nadoolman Landis, costume designer and historian, received an M.F.A. in costume design from UCLA and a Ph.D. in the history of design from the Royal College of Art, London. Her distinguished career includes the classics Animal House, An American Werewolf in London, Raiders of the Lost Ark, Coming to America, for which she received an Oscar nomination, and the costumes for the groundbreaking music video Michael Jackson’s Thriller. Landis is the author of many books including the award-winning 2012 catalogue for the landmark exhibition Hollywood Costume, which she curated at the Victoria & Albert Museum in London. She is a president emerita of the Costume Designers Guild, Local 892, past AMPAS governor and is the founding director of the David C. Copley Center for Costume Design. She is also the editor-in-chief of the three-volume Bloomsbury Encyclopedia of Film & Television Costume Design.