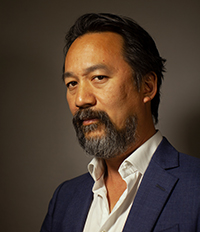 Lap Chi Chu is an award-winning lighting designer for theater, dance and opera. He recently designed the new musical Darling Grenadine as well as the world premiere of Hilary Bettis’ 72 Miles to Go, both at the Roundabout Theater in New York.

Other selected credits include Mother of the Maid, featuring Glenn Close at the Public Theater; The Way She Spoke, featuring Kate Del Castillo for Audible.com; Richard III at the Shakespeare Theater Company in Washington, D.C.; and Martyna Majok’s Queens at La Jolla Playhouse.

Chu was most recently Head of Lighting Design at California Institute of the Arts, where he taught for 19 years. He has also taught lighting at Hangyang University in Seoul, South Korea as a guest professor.

Chu earned an M.F.A. from New York University and a B.S. from Northwestern University.