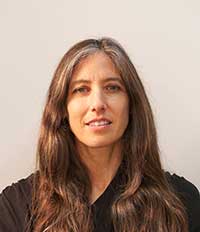 Roxanne Steinberg has worked within a strong tradition of modern dance, and has studied Graham, Horton, Limon, Cunningham and Lewitsky techniques from some of the first-generation modern dance pioneers. At a young age, she began developing a practice of creative dance and improvisation. A graduate of Bennington College, she studied post-modern dance and worked in the Black Music Division. From performing in abandoned factories with Zig Zag dans la Savane in Paris to choreographing a Mandala for 32 Shingon Buddhist acolytes in Koyasan, Japan, Steinberg has worked internationally with musicians and composers including Alex Cline, Yas Kaz, Paul Chavez with Feltlike, Yuval Ron, Steve Lockwood, Pheeroan Aklaf, Adam Rudolph, Leon Mobley and Myra Melford. She has participated in the work of interdisciplinary artists Carol Kim and Bill Viola. In Japan, she danced with dancers/choreographers Amagatsu of Sankai Juku and Min Tanaka, with whom she performed in Carmina Burana conducted by Seiji Ozawa, and in Salome (solo) conducted by Kazuyoshi Akiyama.

In 1988, she founded Body Weather Laboratory in Los Angeles with Melinda Ring and has been teaching and performing with dancer Oguri since 1990. Morleigh Steinberg’s award winning film Traveling Light featured Steinberg and Oguri. Her work has been presented at REDCAT in Los Angeles, and at The Flea (Dance Conversations) and Basilica Hudson in New York. Part of the Arcane Collective, she danced in Cold Dream Colour — Homage to Louis Le Broquy, choreographed by Morleigh Steinberg and Oguri, which premiered in Dublin and was presented at REDCAT, in Portland, Oregon, and at The Guggenheim in New York. Her most recent project, Caddy! Caddy! Caddy! William Faulkner Dance Project, toured nationally and will be presented at the Hammer Museum in November 2016 by Lightning Shadow, the dance company she shares with Oguri.

Steinberg has choreographed for Portland’s BodyVox, and artist Lauren Bon’s Not a Cornfield, Farmlab and Strawberry Flag. She works at Bon’s Metabolic Studio where dance is her language for organizing community. She participated in Bon’s 2013 commemorative action, 100 Mules Walking the Los Angeles Aqueduct.

Steinberg has been an artist-in-residence at Electric Lodge in Venice, Calif., since 1997. She has taught master classes at UCLA, Art Center College of Design, Pomona College, Cal Arts, Evergreen College and Bennington College; she also taught and choreographed at Cal State L.A.

She maintains a close creative relationship with Japanese American Cultural & Community Center, REDCAT, and Grand Performances, where she has choreographed and performed with Oguri. She has received grants from the Durfee Foundation, L.A. County Arts Commission and Department of Cultural Affairs Los Angeles for her own work and with Oguri and Body Weather Laboratory.