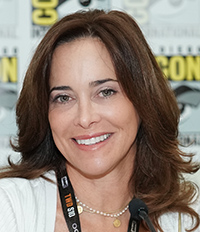 Flanagan has been featured in several books including The Star Trek Sketch Book, Madonna: The Girlie Show, Hollywood Sketchbook and FilmCraft: Costume Design. She has also been a guest panelist at Comic-Con International in San Diego as an expert in digital media costume illustration. An active member of the Costume Designers Guild, she serves on numerous committees promoting the profession of Costume Concept Artists.

Flanagan received her bachelor of arts degree in fashion design and illustrating from Parson’s School of Design.