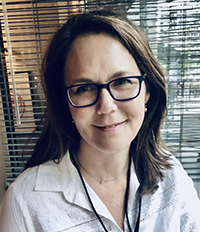 Elisabeth Seldes Annacone has worked with numerous entertainment industry heavyweights including Francis Ford Coppola and Oliver Stone. In an earlier role as a senior vp at MGM, she oversaw such films as Moll Flanders, Mulholland Falls, Get Shorty and Two Days in the Valley. She was a co-producer on the cult thriller Disturbing Behavior, directed by David Nutter (Game of Thrones); Caroline Thompson's Buddy; and Bruce Wagner's limited series White Dwarf.

Seldes Annacone has also written a number of screenplays. Her most recent, Places, Please, is slated to begin filming in January 2023 with Glenn Close and Kathy Bates. Additionally, she is the creator of Weekends, a one-hour drama for Universal Television and producer Debra Martin Chase (The Equalizer).

Seldes Annacone received her M.F.A. in screenwriting from the UCLA School of Theater, Film and Television.