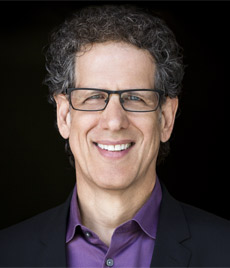 On Thursday, Jan. 15, Dean Teri Schwartz announced that Jim Berk, CEO of Participant Media, the global entertainment company that focuses on socially relevant film, television, publishing and digital media, has recently been appointed Executive Board Chair of the UCLA School of Theater, Film and Television. Berk has been a member of the committee since 2009.

The core mission of the UCLA School of Theater, Film and Television’s Executive Board is to advise and participate in shaping the School's future. This group of leaders within the entertainment, creative and philanthropic industries partner with Dean Schwartz and the School to implement special initiatives, advance industry connections, enhance financial support for the School and its students, and help to raise the School's public profile.

“I am thrilled that Jim has agreed to be the new UCLA TFT Executive Board Chair. Jim is dedicated to education and the belief in the power of entertainment and performing arts education to drive social change,” Schwartz says. “Jim has been our great champion and has made enormous contributions to UCLA TFT since he joined the board five years ago. He has greatly helped our students along the way and is totally invested in their development and success. Jim’s deep industry experiences and insights are inspiring and invaluable to the Board and to our students, faculty and staff.”

“Serving on the Executive Board of the UCLA School of Theater, Film and Television over the past five years has been such a privilege and I am honored to be named Chair,” Berk says. “I look forward to supporting Teri, the Board, and the School’s mission to foster social responsibility, global diversity, technology and innovation in the study of the arts that is uniquely available at UCLA TFT.”

Berk’s career spans the entertainment, education and leisure industries. Prior to joining Participant, Berk was chairman and CEO of Gryphon Colleges Corporation, president and CEO for Fairfield Communities, president and CEO of Hard Rock Cafe International and divisional managing director at Rank Group PLC. He began his career in music education and went on to found the Hamilton Academy of Music, becoming principal of Hamilton High Schools Complex, and later, the founding executive director of The Grammy Foundation.

Berk currently serves on the boards of Evolution Media Partners, Me to We, Cineflix Media and the USC Rossier School of Education.