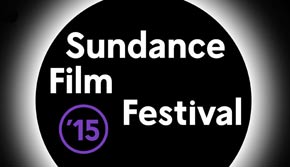 Members of the Hollywood community are getting ready to make their annual pilgrimage to Park City, Utah, to view the best in independent films as the 2015 Sundance Film Festival gets under way Jan. 22-Feb. 1. The UCLA School of Theater, Film and Television will once again have a strong presence at Sundance, which kicks off the festival season in earnest and has the potential catapult films and filmmaker careers.

The D Train, starring alumnus Jack Black, Marielle Heller’s (B.A. ’01) The Diary of a Teenage Girl and Kris Swanberg’s Unexpected, with cinematography by Dagmar Weaver-Madsen (M.F.A., ’12), are three of the 16 films that will contend in the U.S. Dramatic Competition. The D Train tells the story of a middle-aged man in desperate need of approval from his former high school classmates. Based on Phoebe Gloeckner’s graphic novel, Diary recounts the coming-of-age adventures of a San Francisco teenager growing up in the 1970s. Unexpected centers on an inner-city high school science teacher who bonds with one of her brightest pupils as they both deal with unplanned pregnancies. City of Gold, which follows veteran food critic Jonathan Gold as he travels throughout Los Angeles in search of the perfect ethnic food, from filmmaker Laura Gabbert (M.F.A. ’04), will be part of the U.S. Documentary Competition.

Among the films having their world premieres at Sundance are I Am Michael, starring UCLA TFT Visiting Professor James Franco; The End of the Tour, from director and Professional Programs alumnus James Ponsoldt; and the documentaries Tig, from screenwriter Jennifer Arnold (M.F.A., ’99) Prophet’s Prey, executive produced by Dustin Lance Black (B.A. ’96) and Going Clear: Scientology and the Prison of Belief, from alumnus filmmaker Alex Gibney.

The documentary-horror film The Nightmare will screen in the Park City at Midnight portion of the festival. Jason Tuttle (M.F.A. '06) was the film's re-recording mixer and dialog and ADR editor; Jonathan Snipes (B.A. '05), also a re-recording mixer, wrote the film's original score and was its sound designer. Producer David Harris (M.F.A. ’07) has the short Myrna the Monster showing in the Shorts Programs Presented by YouTube section.

Last year, writer-director Ana Lily Amirpour (M.F.A. ’10) brought A Girl Walks Home Alone at Night to Sundance where it was met with critical acclaim. Produced by another alumnus, Justin Begnaud (M.F.A. ’10), the film has gone on to be nominated for numerous awards and received wins at film festivals in France, Italy, Spain and Hawaii, among others. In early December, Amirpour won the Breakthrough Director Award at the Gotham Awards in New York.

Also making a splash was director Justin Simien’s Dear White People, which was named to Sundance’s U.S. Dramatic Competition lineup and earned the Special Jury Award for Breakthrough Talent. Topher Osborn (M.F.A. ’08) was the film’s cinematographer. The buzzworthy film was released theatrically in October and hailed as “sly provocative satire of race relations.”

XYZ Films principals Nate Bolotin (M.F.A. ’07), Nick Spicer (M.F.A. ’06) and Aram Tertzakian (M.F.A. ’07) were there as well. Their company had a strong presence with four films. American Zoetrope’s Life After Beth, starring Anna Kendrick and Aubrey Plaza, was in competition (XYZ handled international sales); Sony Pictures Classics’ The Raid 2: Berendal, premiered out of competition (XYZ produced); and in the fest’s Park City at Midnight section, Norway’s Dead Snow: Red vs. Dead and Japan/Indonesia’s Killers, both of which XYZ executive produced and sold at the fest.