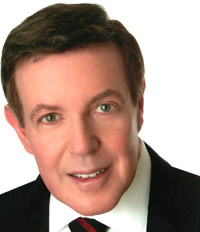 Shelly Markham is a composer, arranger and musical director. As a musical director and arranger, he has worked with actress-singer Lainie Kazan for more than 15 years, recording three CDs with her. For the past four years, he has taught alongside her in the Department of Theater.

As a composer, he has enjoyed a long and successful collaboration with many top lyricists including Lee Adams, Carol Hall, Amanda McBroom, and the acclaimed poet-author Judith Viorst, with whom he collaborated on Lulu and the Brontosaurus, which had its premiere at the Imagination Stage in Bethesda, Maryland in October 2013. Their 1998 musical version of Alexander & the Terrible, Horrible, No Good, Very Bad Day was commissioned by the Kennedy Center in Washington, D.C., and regularly tours in stock and amateur productions, becoming one of the most performed children's musicals in the country.

Markham wrote three songs for the hit Off-Broadway show Naked Boys Singing and a musical revue, Too Old for the Circus, about the wonders and terrors of aging, which played the Old Town Theatre in San Diego and La Mirada Theatre for the Performing Arts in Orange County. Now published by Samuel French, the show opens in New Zealand in Spring 2014. Things I’ve Learned Along the Way, Markham’s debut solo CD featuring 11 original songs, can be found at LML Music as well as on Amazon and iTunes.

Markham has also written special material for many popular television series, including “Friends,” “The Nanny,” “Golden Girls,” “Gimme a Break” and “Touched by an Angel.” In his career, he has worked with a diverse roster of performers including Nell Carter, Michael Feinstein, Bonnie Franklin, Gogi Grant, Ann Jillian, Carol Lawrence, Joey Lawrence, Andrea Marcovicci and Margaret Whiting.