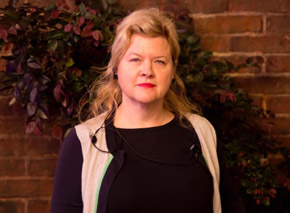 “The Kodak Cinematographer-in-Residence Program at UCLA TFT is the longest-running cinematography initiative of its kind at any major film school in the country,” says Department of Film, Television and Digital Media Chair William McDonald, who inaugurated the program in 2000. “The past DPs who have participated in the program represent a who’s who of the industry’s elite and Mandy is no exception. She brings a wealth of contemporary experience to the classroom and it will be exciting to see the knowledge she shares with our students.”

The Kodak Cinematographer-in-Residence program was started to enhance the learning experience of students with insight from renowned cinematographers. UCLA TFT is the only film school that offers a cinematography residency program such as this, where students can receive direct guidance from cinematographers through screenings, workshops and one-on-one sessions over the course of 10 weeks.

The residency begins in December and continues for the remainder of the 2014-2015 academic year.

“We are honored to work with the UCLA School of Theater, Film and Television on this very successful program,” says Kodak’s Bruce Berke. “Mandy Walker is an accomplished filmmaker. The students are guaranteed to learn much about the art and craft of filmmaking from her experiences.”