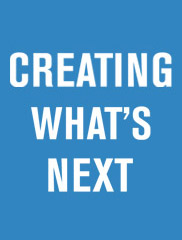 The vision of the UCLA School of Theater, Film and Television (UCLA TFT), one of the world’s most prominent academic institutions for entertainment and performing arts education, is to serve as a premier global interdisciplinary professional school that develops outstanding humanistic storytellers, industry leaders and scholars whose diverse, innovative voices enlighten, engage and inspire change for a better world. In the School’s ongoing campaign to further that objective, eight new faculty members have joined the School for the 2014-15 academic year — five in the Department of Film, Television and Digital Media and three in the Department of Theater.

The appointments of filmmakers Gina Kim and Rory Kelly, the first new ladder faculty to join the production arm of the Department of Film, Television and Digital Media in 10 years, are the result of an international search that drew more than 200 interested applicants.

Kim, appointed as an assistant professor, most recently taught at Harvard University. Her film “Final Recipe,” starring Michelle Yeoh and Canadian singer-songwriter actor Henry Lau, will be released theatrically in the United States in 2015. Her film “Never Forever,” starring Vera Farmiga, was nominated for the Grand Jury Prize at the 2007 Sundance Film Festival and was awarded the Jury Prize at the Deauville Film Festival that same year.

Kelly, also appointed as an assistant professor, has been a TFT lecturer since 1999. His first feature, MGM/UA’s “Sleep With Me,” premiered as an Official Selection at the Cannes Film Festival’s Un Certain Regard in 1994 and received a gala screening at the Toronto International Film Festival. As a researcher, Kelly is focused on exploring the links between narrative and formal elements in the cinema and human evolved psychology. Since 2011, he has been engaged in a funded interdisciplinary research project that seeks to introduce empirical and formal techniques from the study of linguistic discourse to the study of visual narrative, film in particular.

Additionally, three current UCLA professors will now have affiliated faculty appointments with TFT’s Cinema and Media Studies. Professor Erkki Huhtamo, a media archaeologist, author and exhibition curator who teaches in the Department of Design Media Arts in the School of the Arts and Architecture, will lecture on the history and theory of media culture and media arts. From the College of Letters and Science, Arne Lunde, associate professor and chair of UCLA’s Scandinavian Section, will lead film history courses on Nordic national cinemas; and Department of Gender Studies Associate Professor Purnima Mankekar will teach TFT courses in Gender Studies.

“We are so pleased to have talented filmmakers like Gina Kim and Rory Kelly join the ladder faculty in the Department of Film, Television and Digital Media,” says Chair William McDonald. “They bring unique strengths and backgrounds to our students. Equally exciting is having UCLA faculty members Erkki Huhtamo, Arne Lunde and Pernima Mankekar join FTVDM as affiliated faculty, each sharing their disciplinary specialty in our film, television, and digital media curriculum.”

In the past two years, the Department of Theater has hired seven new faculty members to accommodate new curriculums and advancements within the department. Its newest members include playwright, screenwriter and trans theater artist Sylvan Oswald, who was previously a visiting assistant professor at SUNY Purchase. He has also taught at The New School, Princeton, Ohio State and Barnard College. His awards include a Jerome Fellowship, a Six Points Fellowship, and the Dorothy B. Strelsin Playwriting Fellowship at Soho Rep. Oswald is currently a resident playwright at New Dramatists in New York City. He joins UCLA TFT as an assistant professor.

Theater historian Michelle Liu Carriger has accepted a Critical Studies professorship position. Carriger most recently taught at Queen Mary University of London. She has also been an educator at Harvard University and Brown University. She is the author of “The Unnatural History and Petticoat Mystery of Boulton and Park: A Victorian Sex Scandal and the Theatre Defense.”

Assistant Professor in Directing Marike Splint specializes in site-responsive and immersive theater, creating work outside regular theater venues in the public space. In her work, she explores the relationship between people, places and identity, and has created shows in sites ranging from a bus driving through a transitional neighborhood to wide open meadows, taxicabs, train stations and hotel rooms. A native of the Netherlands, her work has been presented at such theater festivals there as Oerol, Over het IJ Festival and Theaterfestival Boulevard.