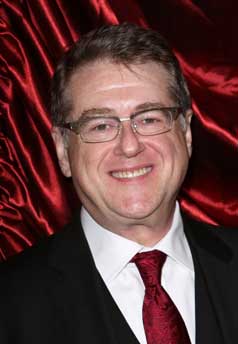 It was a great night for UCLA TFT alum Robert L. Freedman (BA, ’79) at the 68th Annual Tony Awards on Sunday, June 8. His musical, A Gentleman’s Guide to Love & Murder was nominated for 10 Tony Awards and was a four-time winner, earning Best Musical and Best Book of a Musical for Freedman, Best Direction of a Musical for Darko Tresnjak and Best Costume Design for Linda Cho.

Freedman’s musical comedy, co-created with Steven Lutvak (and adapted from Roy Horniman’s 1907 novel “Israel Rank: The Autobiography of a Criminal”) tells the tale of an ambitious young man (Bryce Pinkham, Ghost The Musical) who finds out he is ninth in line to inherit a fortune. Intent on being the recipient of that fortune, he makes plans to murder the eight family members who stand in his way, all played by Tony Award-winning actor Jefferson Mays (I Am My Own Wife).

Love & Murder opened on Broadway at the Walter Kerr Theatre in November 2013, after having previously played at The Old Globe in San Diego, where it had its world premiere, and at Hartford Stage in Hartford, Conn. Other awards the musical has received include a 2014 Theater World Award for featured actress Lauren Worsham and seven Drama Desk Awards (from 12 nominations).