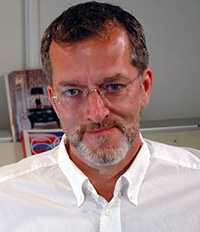 Production designer Mark Worthington is a seven-time Emmy Award nominee and a four-time Art Directors Guild Awards winner for his work on FX Networks’ American Horror Story and ABC’s Ugly Betty. He has been nominated by the ADG 10 times.

As a production designer, Worthington most recently worked on the pilot episode of the upcoming HBO series Watchmen; the Netflix series The Umbrella Academy; and on the first season of the CBS All Access series Star Trek: Discovery. His credits include all four seasons of American Horror Story and Ugly Betty; Fox’s Scream Queens; USA’s Political Animals; and the pilots for CBS’ Battle Creek, Fox’s Backstrom, and ABC’s Once Upon a Time and Lost. His film credits as an art director include Legally Blonde 2: Red, White and Blonde; Austin Powers in Goldmember; Hearts in Atlantis; Town & Country; U.S. Marshals; Wag the Dog; The Chamber and Tombstone. He is currently the production designer on Marc Cherry’s upcoming CBS All Access series Why Women Kill, which is in pre-production.

Worthington holds a B.A. from Reed College in theatre and an M.F.A. in set design from Carnegie Mellon University. He teaches graduate-level production design classes at the UCLA School of Theater, Film and Television.