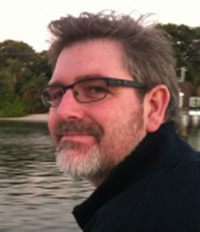 Drew Dalzell is an award-winning sound designer, show control programmer and theatrical consultant. His experience encompasses theme parks, cruise ships, theater, television, film, industrials and installations. In themed entertainment, Dalzell has worked for Universal Studios, Walt Disney Imagineering, Disney Creative Entertainment, Nickelodeon Recreation and Paramount Parks, among others. He has done extensive sound and show control work for Universal Studios Hollywood, most notably “Halloween Horror Nights” from 2006 to 2015. For Nickelodeon Resorts, Dalzell acted as the show control programmer and technical systems consultant for multiple shows at the Nick Hotel. He was the technical director for a number of cruise ships including the Nickelodeon Family Cruise, Nick @ Sea, and Nick All Access from 2008-2011 as well as the 2009 R Family Cruise to Alaska.

Dalzell has designed sound for more than 250 theatrical productions. His designs have appeared in venues as varied as Disney Cruise Lines' Wonder for the world premiere of Toy Story: The Musical to world and West Coast premieres at regional theaters such as South Coast Repertory, The Laguna Playhouse, The Colony and the Rubicon.

As a young designer, he received the 1998 USITT ClearCom Sound Achievement Award. Since then, he has been nominated for Ovation, LA Weekly, Garland, LADCC and NAACP Awards, winning multiple times. Dalzell also works with Stage Research as an expert trainer for their SFX Software and has taught students ranging from attendees at LDI to Local 1 members in New York City. Some of Dalzell’s notable installation work includes working with Utopia Entertainment on a large-scale wireless audio speaker system for the City of Beverly Hills’ holiday season and the San Diego Zoo, and managing show control design and integration for the Porsche Hall at the L.A. Auto Show. His television work can be heard in the dialog recording and editing for the animated series Ruroni Kenshin, Batman Beyond, Detentions and Justice League.